The drive to Denmark had been rainy and sometimes had a little snow but we made it in the early evening to our hostel. This hostel was a good bit different from the first. The rooms were considerably smaller and my children described our beds as eggs. It wasn’t uncomfortable, but I did like having the extra room of the first hostel but we were only there one night.

The hostel staff informed us that there were three Christmas markets within walking distance. We found the closest, which like Gothenberg, appeared to be in another amusement park, and also charged an admission. Unfortunately, the entry was once again rather costly and didn’t include any rides. 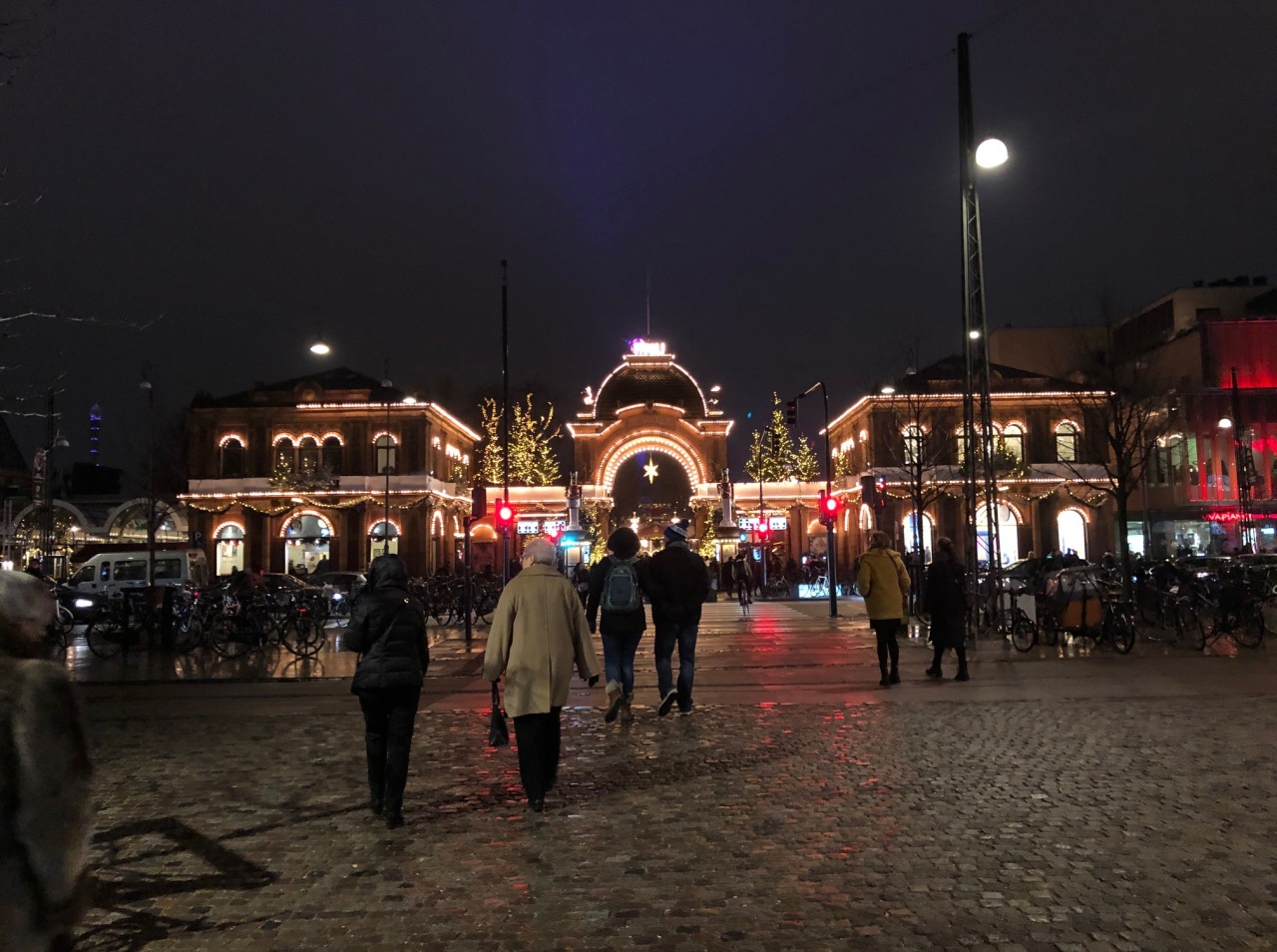 The Santas I’d so loved in Sweden changed in Denmark, having more of their faces showing than Sweden. I wasn’t as big of a fan of them as the ones in Sweden, but I did love some of the Christmas ornaments I found along the way and purchased a few of those instead of Santas. The toadstools were a common ornament we found and I thought they were really cute. My husband wasn’t too sure, but I bought them anyway 😉 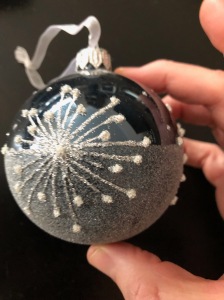 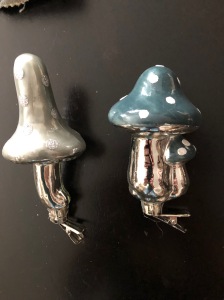 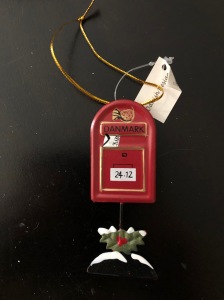 We walked the stalls and enjoyed Gluhwein and Grog, which was still lovely, though contained alcohol since we were no longer in Sweden. The atmosphere was beautiful with the flocked trees and Christmas lights. I think we walked the entire market just to see everything. The only drawback was somehow one of my daughters got flocking all in her coat. When we returned to the hostel, it ended up all over the floor and my bed since she had the bunk over mine. 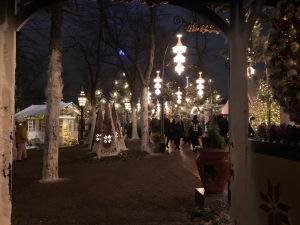 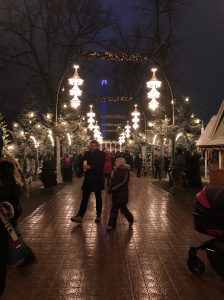 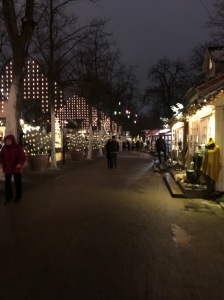 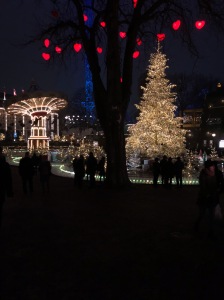 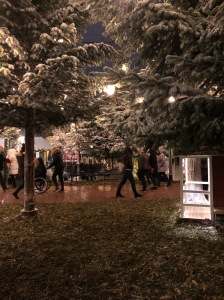 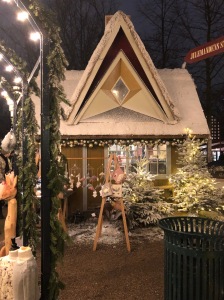 We did go to bed a bit early since our longest drive of the trip was the next day and we needed to get an early start. Nine hours and one ferry ride between Denmark and Germany would get us to Cologne and an entirely different Christmas Market Experience.

8 thoughts on “The Expat’s Guide to Christmas Markets: Copenhagen, Denmark” 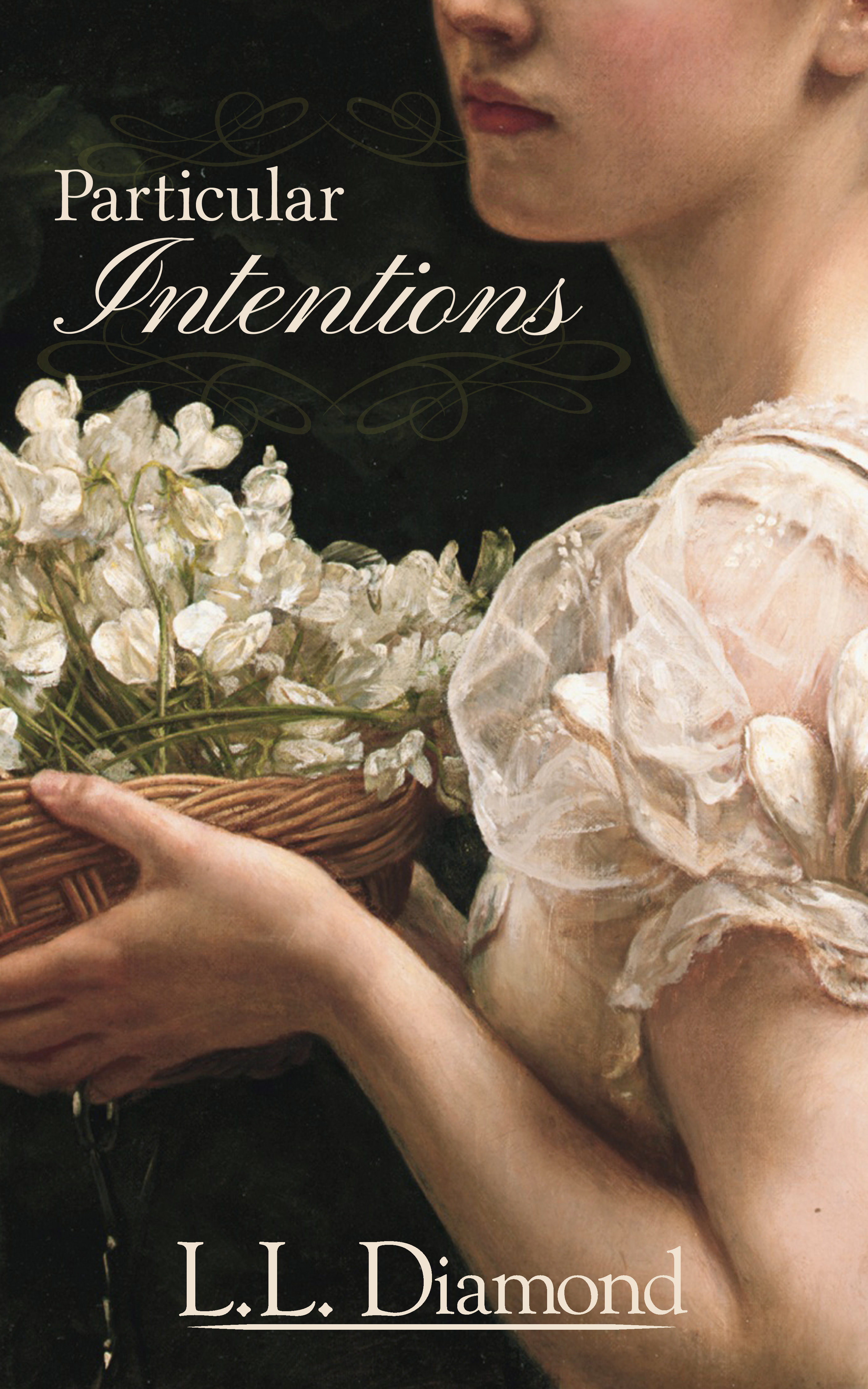