We started by walking to Casa Batlló, bedecked in tile with Gaudi’s unusual curved style present on the exterior. The building had a crowd of people waiting in line to get inside so we didn’t tour the interior, but instead continued walking down that same road, which boasts several Gaudi creations.

Our next find was Casa Milà, which like Casa Batlló was obviously a Gaudi creation. Gaudi didn’t always use these curves and almost sci-fi or fantasy-looking conventions on his exteriors, but these works were reminiscent of that style.

After Casa Milà, we continued until we reached the next buildings. Casa Vicens is one of Gaudi’s earlier works, still showing his unusual style, though not as curvilinear as what followed. 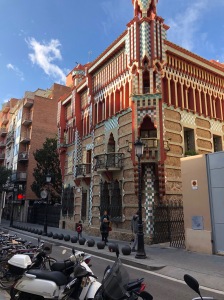 We stopped for Sangria, which we enjoyed often while touring the city and with our dinner each evening. Unlike what we usually do, trying new restaurants all of the time, we found one with great service and food that was happy to help us with the gluten free we needed so we ate there every night. 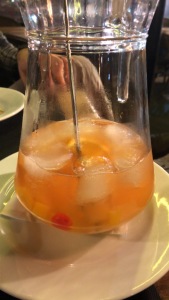 Our last full day in Barcelona, we made the crazy trek out to Tibidabo. An amusement park on the peak of Mt. Tibidabo (Yes, Friends fans, there’s actually a Mt. Tibidabo.) The tram was out of commission when we went, so we took the train and the bus as far as we could before we had to hire taxis to get to the top. 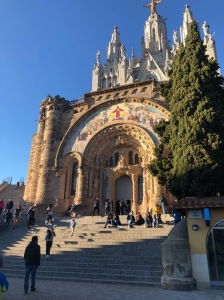 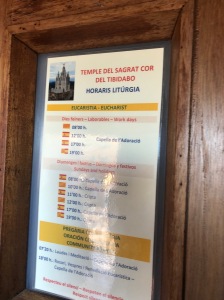 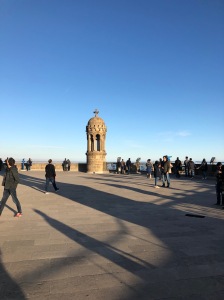 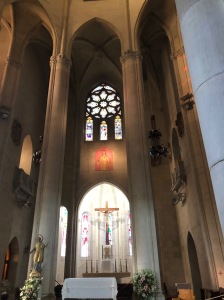 We had a fun day and enjoyed the amazing view. Our only issue was that it’s really more geared toward younger kids, so our teenagers enjoyed bits of it, but weren’t crazy impressed overall. We did enjoy the view of Barcelona below as well as walking up to the church right at the entrance and even check out the view from that platform as well. The lower level is older than the top, which is much newer.

Overall, we adored Barcelona and would return whenever afforded the opportunity.

Next up…Harry Potter Tour for Christmas!

4 thoughts on “Barcelona wrap up!”