My daughters have been asking to see Wicked for some time, but to be honest, I wasn’t gung-ho about seeing it. I can’t explain why, but it just never piqued my interest. After listening to them talk about all of the musicals they want to see, I finally booked tickets to Wicked. The tickets weren’t terribly priced compared to some, which made my husband happy, and we decided to make a day of it. He took my son to the planetarium in Greenwich while we saw the play.

Wicked opened on Broadway in 2003 to great success with Idina Menzel as Elphaba, who we more commonly know as the Wicked Witch of the West in the Wizard of Oz. Who knew she was actually a heroine? I sure didn’t until Wicked.

I won’t go into all of the little details or give spoilers, but the show was immensely enjoyable, and after listening to Idina Menzel singing Gravity on Youtube, I have to say I preferred the woman who played Elphaba in the production we saw. The most fascinating part was the backstory created for all of the characters I grew up watching in the Wizard of Oz. Yes, it’s a statement on race and inclusivity, but it’s wrapped in an entertaining package. 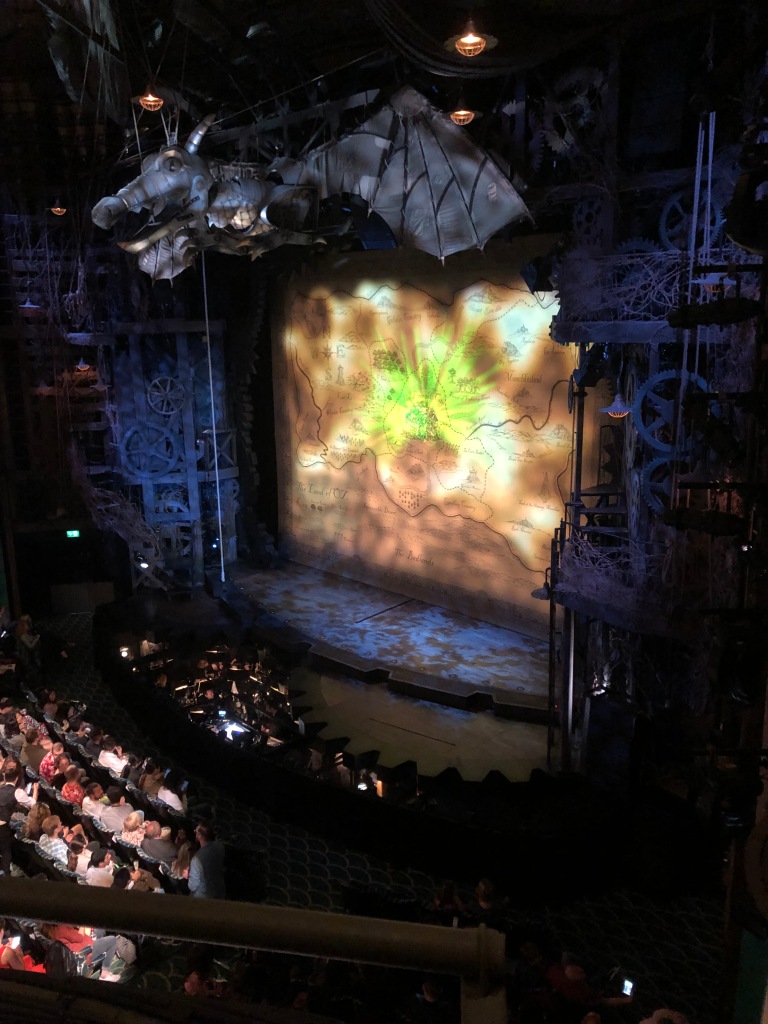 The stage before the play started

In London, Wicked plays at the Apollo Victoria, which is virtually across the street from Victoria station, so very easy by tube. It’s also a very large theatre so there were plenty of seating options when we booked our tickets. My only complaint was that we had to queue to enter the theatre, despite having tickets for the show, but luckily, we were ushered in quickly and the wait wasn’t long.

The balcony at the Apollo Victoria

If you have the chance to see Wicked, I definitely recommend it!

5 thoughts on “Wicked in London!”