Exterior of the Sedgwick

I know I blog Cambridge a lot, but in all fairness, there’s a great deal to do there. Cambridge is chock full of different sorts of museums which are all free, so we try to take advantage whenever we can. On an off and on rainy Sunday, we thought a trip to Cambridge and the museums would be a good way to spend the day rather than the usual bumming around the house.

For those who aren’t familiar with the Sedgwick, it is the museum of natural history and affiliated with Cambridge University, so fossils galore and a few dinosaur skeletons are what you find when you walk inside. I do say fossils and dinosaur skeletons, but I do want to be fair, there are some geology samples as well as meteorites, but they have glass cases of fossils that make up the majority of the museum. Fossils of all kinds and in all sorts of rock.

In the event you were wondering, my son loved it, but we called his attention to specific things we thought he’d enjoy and he liked the activities for children. My tween daughter was similar. My teenage daughter, however, looked for a while, then rushed through the rest before she declared herself bored. I will say that while she normally finds fossils interesting, I think it went past her fascination level. Sedgwick has a great deal of interesting fossils, but if you are interested in pouring over everything ensure your company is as enthralled with the subject matter as you are. 🙂 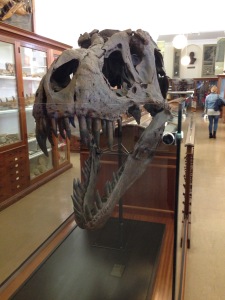 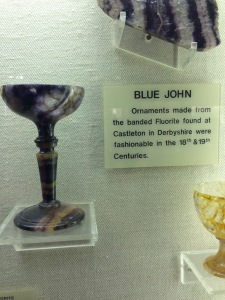 Part of the Geology exhibit. Look where the stone is from!

Just to cover all of the bases with my children, our next stop was the Fitzwilliam museum. We’ve been before, but they have several special exhibits going on at the moment, which was the reason for our return (that and I never finished the regular exhibits the last time we were there!).

The first special exhibit was Death on the Nile. My daughters are interested in about all mythology, including Egyptian, so they had a great time going through all of the coffins, artwork, and information on display. I wish I had photos to show you, but the temporary exhibits do not allow photography (Sorry!). If you enjoy Egyptian culture and mythology and this exhibit happens somewhere near you, it is worth the look. Here’s a bit through links in the event you’d like to see a bit of what we did.
http://www.artfund.org/what-to-see/exhibitions/2016/02/23/death-on-the-nile-uncovering-the-afterlife-of-ancient-egypt-exhibition

The last special exhibit was “Brueghel and his Time: Landscape Drawings from the Bruce Ingram Bequest.” I’ll be honest, I’m not a Brueghel fan, but I did enjoy some of these. The simple pen and ink drawings with watercolour tinting were lovely and gave a glimpse of a simpler time. This exhibit runs through 4 September 2016.

Lastly, we finished off  the last few rooms I hadn’t seen. I enjoyed finally walking through and seeing what else the Fitzwilliam had to offer. I did get a giggle over this painting, and anyone who reads JAFF would probably have a giggle along with me. I had to take the photograph just to do it. 🙂 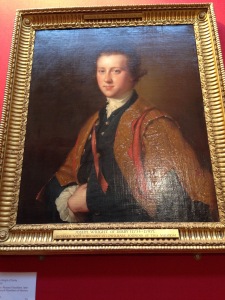 My children were ready for a late lunch by that time, so we walked from restaurant window to window looking for something interesting with decent gluten-free options and found De Luca Cucina. We weren’t too certain what to expect and I normally don’t write-up restaurants on here unless their historic, but we were really pleased with the service and the food. They were great with the children, had the dishes that could be gluten-free labelled (And were great about accommodating myself and my daughter. A huge plus!).

Another great thing about Cambridge is the shopping. For those who have never been, you can find everything from an open air market on certain days to a huge variety of shops and boutiques. Grand Arcade is nearby, which is as close to a mall here as I’ve found and also offers parking (just be careful, the price goes way up after four hours!). There are a few parking garages a little further out, or you can park and ride from the outside of town. It just depends on your plans. If you’re planning a great deal of shopping, park and ride may not be your best option.