Bury St. Edmunds is one of the larger towns in Suffolk once known as Beodericsworth. In the 7th century, a monastery was founded in the town and in 903 King Edmund was buried there, hence the name, Bury St. Edmunds. (There were reportedly miracles performed at the shrine of the martyred king.)  This monastery later became the Bury St. Edmunds Abbey.  In 1214, this abbey was the supposed meeting place where the barons of England swore that they would make King John accept the Charter of Liberties, which influenced the Magna Carta.  One of the copies of this document was even displayed in the Cathedral this year.

Bury St. Edmunds Abbey is no longer standing, but you can walk through and even climb the ruins.  They are part of a beautiful garden near the town centre called Abbeygate Gardens.  People can feed the squirrels and ducks, they have portions with lovely landscaping, and areas where you can have a picnic.  There is an aviary to one side of the gardens, housing everything from cockatiels to a golden pheasant. 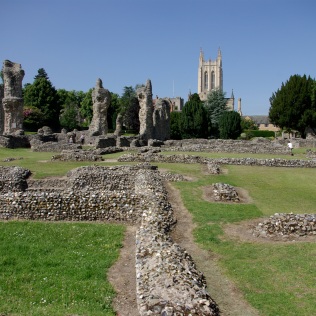 View of the Abbey with the Cathedral in the background 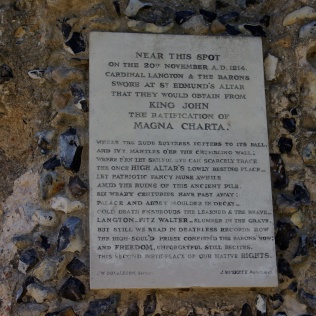 plaque telling of the Magna Carta 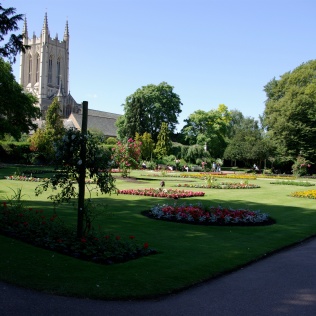 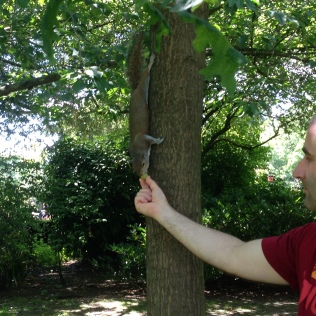 There is a wonderful market in the market square on Saturdays where one can probably find just about anything.  I know I have bought jam, fruits, vegetables, eggs, magazines, pig ears (for the dogs), and flowers for the garden. The prices are better than some of the smaller town markets and there is also a wider selection.  Now, the street pic I took below is not on market day.  The street is usually packed pretty full on Saturday. 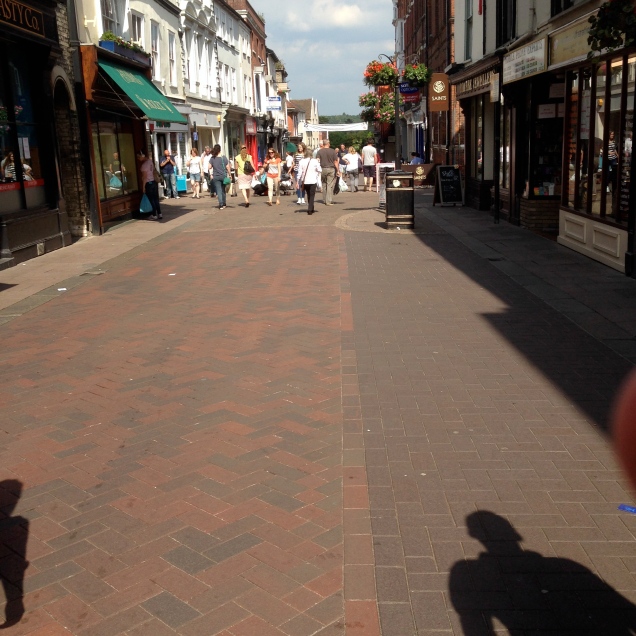 Street leading to the town centre 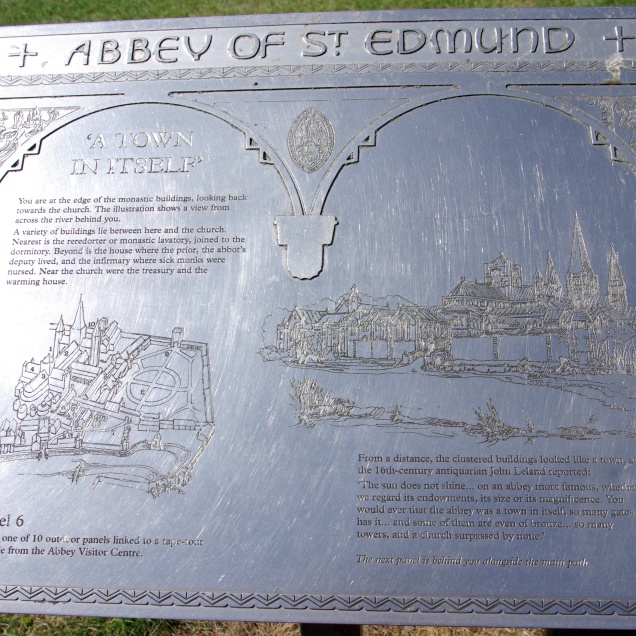 One of the guides at the Abbey

Bury St. Edmunds is also home to Greene King Breweries.  My husband is eagerly anticipating that trip, so I will have to update everyone on how that trip goes.  I understand at the brewery they have a beer with a really high alcohol content, and my husband is anxious to try it (gag!).  There is also the Bury Cathedral.  It is a lovely place.  Forgive me for not having photos for you.  My hard drive crashed a while back and I can’t seem to find some of my pictures.

Anyway!  Since arriving in England, I have enjoyed going in random churches.  Many of them are extremely old and boast of some amazingly beautiful architecture and stained glass.  I have also wandered around several old cemeteries.  Sometimes they are overgrown, or the headstones have flaked with age, but they are interesting and sometimes beautiful. 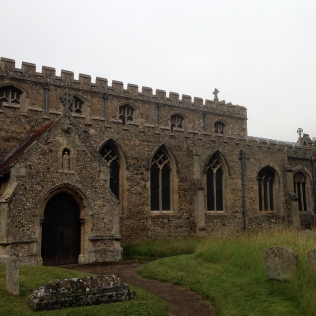 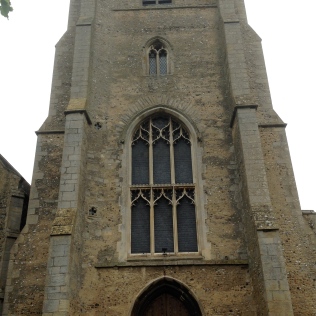 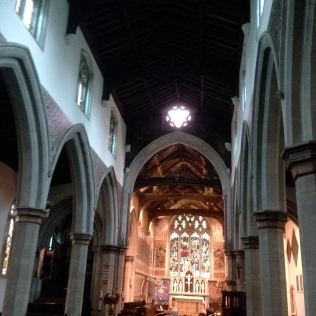 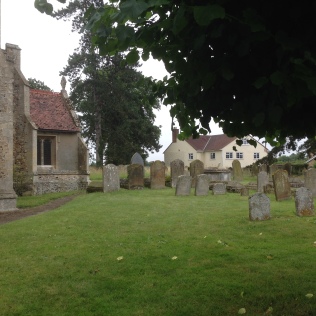 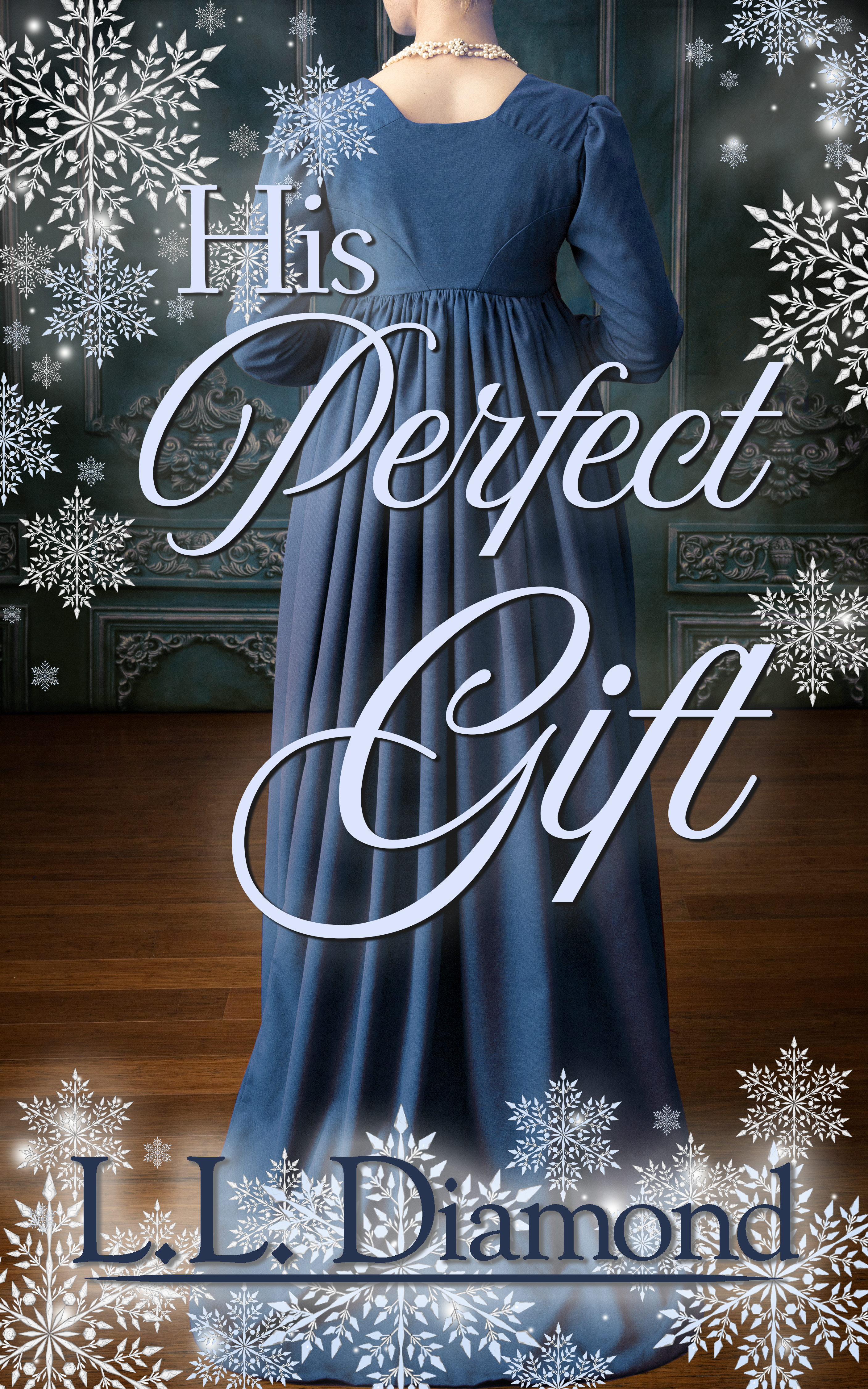